I remember when I started blogging about my athlete experience on Google's Blogspot, now called 'Blogger'. I would highlight the trip and also put up links to my tournament footage. It took considerable amounts of time, and in this day and age, most people don't have time for the long blog. And since it takes me a lot of time, I get lazy too. It happens. However, since there were some interesting events that occurred at this tournament, perhaps it will be worth the read.
I qualified for this tournament in both Men's Doubles (MD) and Mixed Doubles (XD), but I only participated in XD as my MD partner opted not to go. In the end, it was much better for me to focus on the one event, and I'll probably lean towards that more in the future. I'm not as young as I used to be (obviously), and I'm not going to lie to myself and train like I used to 10 years ago. Those who don't agree with me, feel free to prove me wrong after 10 years of international competition. But that's another discussion. 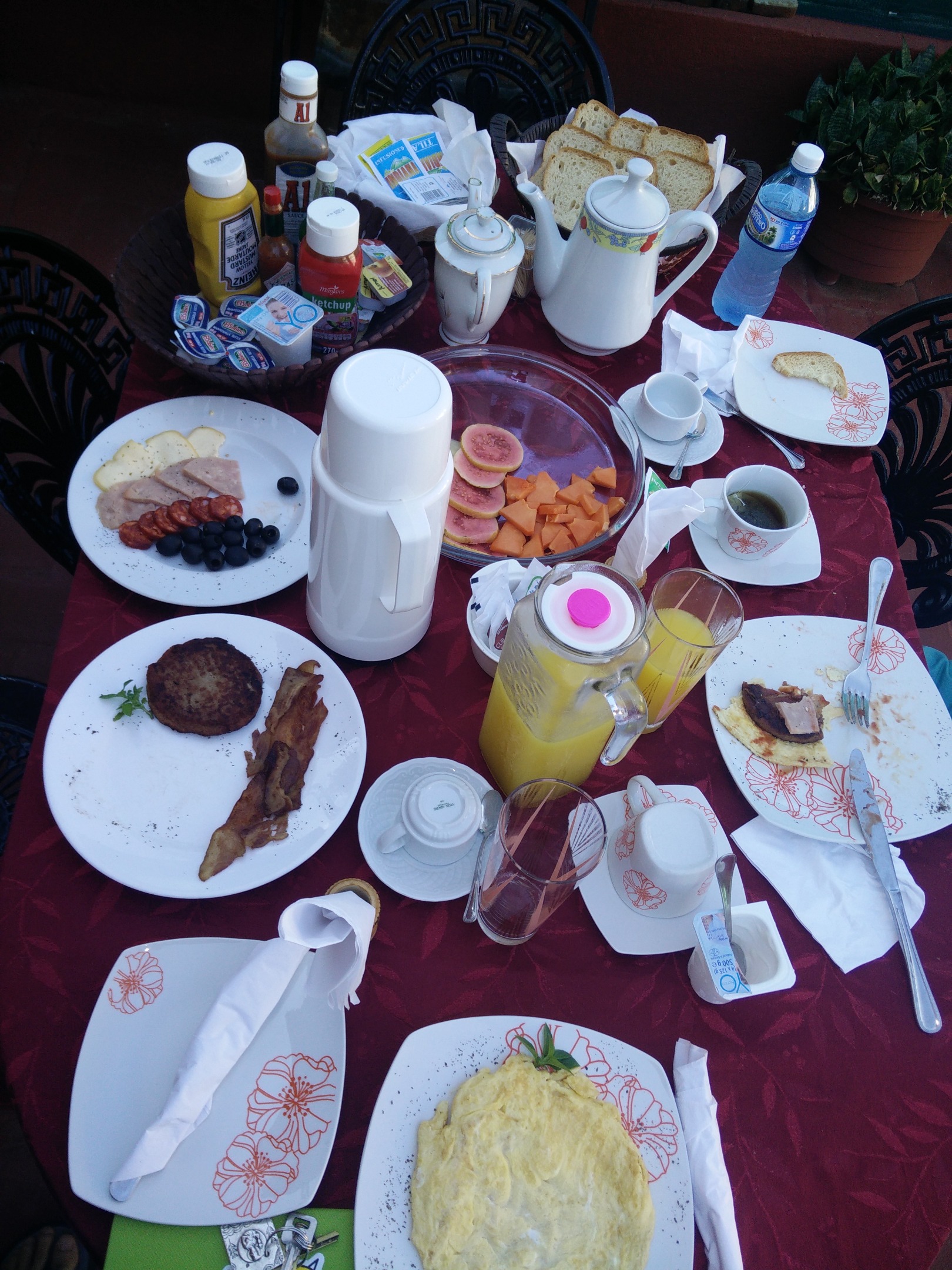 [10 Years Since My First Pan Am Championships]
The 2017 Pan Am Championships (PAC) took place in Havana, Cuba, and was separated from the Team Championships held earlier in February. After many years of having the team and individual events in the same week (I've been playing since 2007, and it has been that way except for 2011 and 2015 where it was just Pan Am Games), they decided to split the two events as they wanted to align with the other continents. Unfortunately, they might have forgotten that the Pan Am region is probably geographically the largest continent. Additionally, there are few countries able to afford sending large teams. The team event took place in the Dominican Republic, and the individual event took place in Cuba. For myself, it would easily have cost probably $800-$1000 per plane ticket flying from Vancouver. For those chasing World Ranking points, it may be worth competing at the individual event, but it wasn't worth playing in the team event. Previously, it would be a single plane ticket for two events in a single week. Much more affordable.

Considering that Canada has won the team event every single year that had a team competition since I started is a pretty significant feat. Sometimes it was close (e.g. 2014 in Markham, 2016 in Brazil), most of the time it wasn't. However, I suppose we don't have too many international events that we win in Canadian badminton. I personally think that the team event is overrated when a country has won... is it 10 times in a row? It's the same as winning multiple National titles repeatedly, without furthering international results. It's just being a "big fish in a small (but geographically big) pond". In the Pan Am region, it seems Canadian badminton is no different. But how does anyone expect it to be different if the expectations are always the same? 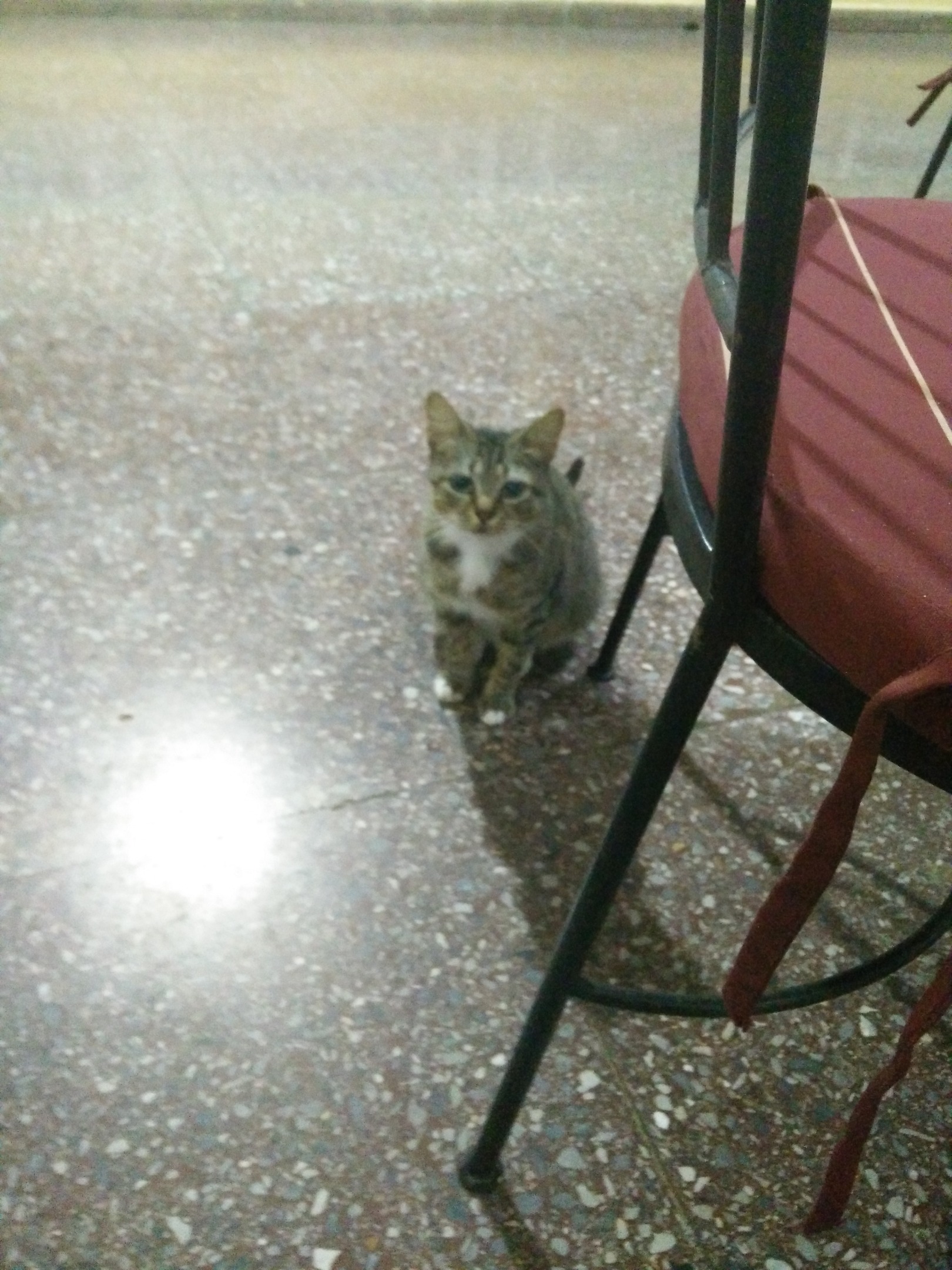 [Badminton Tournament Travel Tips]
I flew in to the tournament on Tuesday evening, flying in the morning from Vancouver to Toronto, and then from Toronto to Havana. A few players were also on the same flight, but unfortunately one of them didn't get their bag (and didn't get it the whole week)! However, he was well prepared and had everything he needed to compete, so I applaud him for his preparation. I would have had no equipment if that happened to me when I first traveled. So as a tip: you can (usually) bring your badminton bag as a carry-on flights. I use a 6-piece racquet bag, which just has racquets, shoes, and tournament clothing, usually at least 2 shirts. Try to get on the flight as soon as possible to get overhead bin space.

I decided to stay at an AirBnB with another player to save on accommodations. For those who can afford it, you can stay anywhere you like, and the tournament hotels are usually the most convenient. However, for those who need to stretch a dollar, AirBnB has been extremely helpful. The hotel was charging approximately $80 USD per person, per room. It comes with breakfast and dinner. Our AirBnB was $60 CAD per room ($30 per person). That means we save more than $50 USD per night. We also happened to be extremely lucky, and that our AirBnB was actually across the street from the tournament hotel, so we had access to the hotel and was close enough to the team.
Of course, there are always exceptions with using AirBnB. If you don't consider the area to be safe, then go with the tournament hotel. Different countries have different levels of safety, so use your judgment. Any amount of savings is usually not worth getting into 'trouble', whatever that may be. Additionally, it can be difficult in team situations, such as getting to a team meeting or other team related activities. But when you have to pay your own way, you have to make that choice. There are also other benefits to saving money, however. I have found that staying at an AirBnb gives a bit more of a cultural feel, as if you're almost living in the country, even if it is for a short period of time. However, most of the time it really makes me appreciate how fortunate I am to be living in Canada. There are some nice places in the world, and also places that aren't so nice. 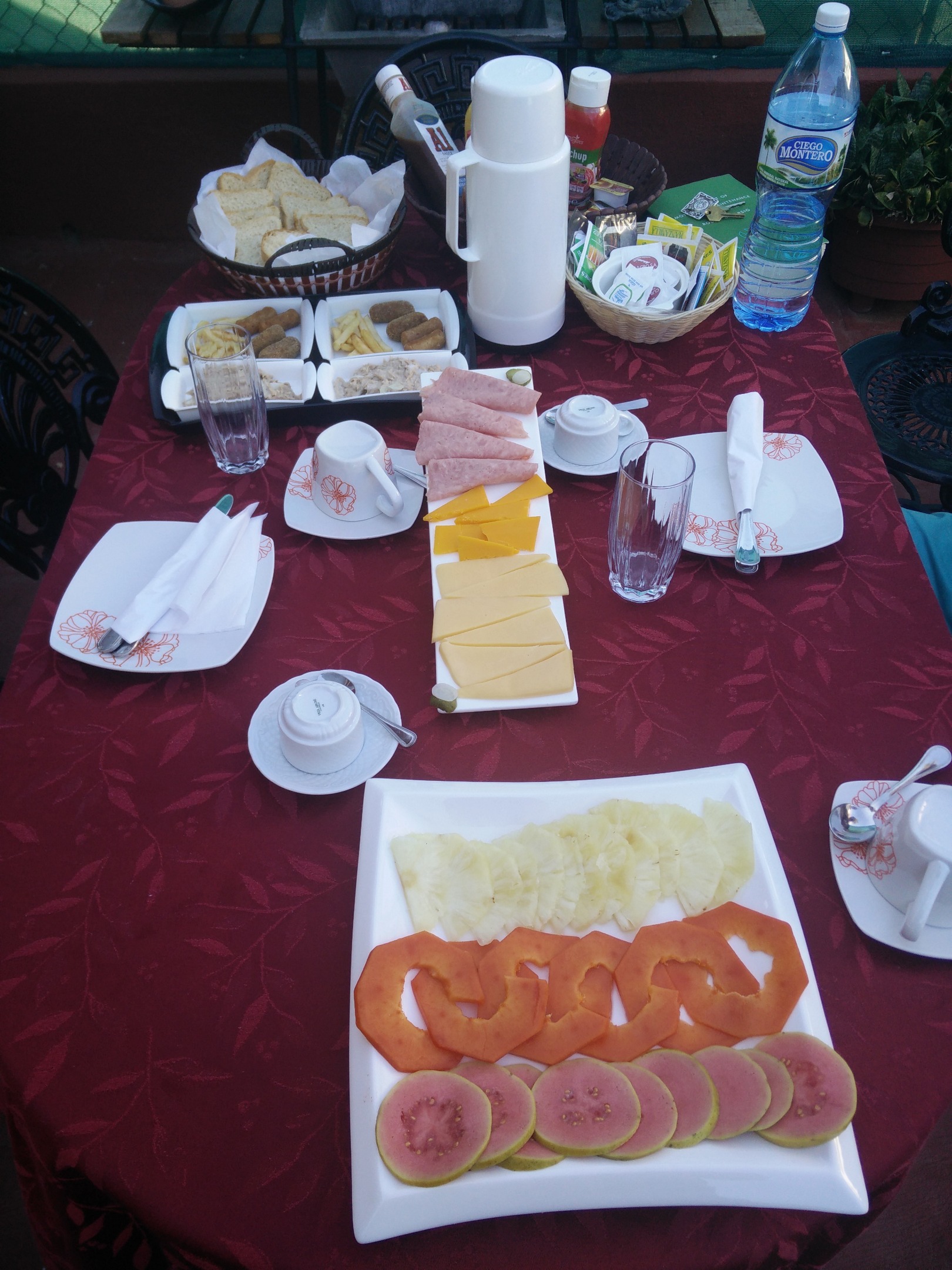 [Flying New Coaches In Coach To Coach]
Badminton Canada sent their new National Team coaches to the event, with Mike Butler as the head coach, and Andrew Dabeka as the assistant coach. I have worked more extensively with Andrew, but I have worked with Mike in some situations as well, including the 2015 Pan Am Games. My first practice was Wednesday morning with the team, and it was nice to have someone leading the practice. Historically, without a coach, we end up rallying for about 20-30 minutes until someone finally requests to do something, and we all kind of follow what the last person did until the practice ends. It's really nice to have coaches to lead the practice. After, we had a team meeting to discuss various things and overall it was a nice experience that I don't get to experience very much in badminton. Perhaps things are turning for the better.

For my draw, I was the first seed for XD as Rachel and I had the highest World Ranking out of the other competitors. This earned us a bye (i.e. didn't have to play Round of 32) and we would actually start play on Friday. Thursday morning, I ended up as one of the volunteers to do the opening ceremonies for Canada, but it worked out because I needed to see the tournament physiotherapist as I did something weird to my knee. As of today, I still don't know what's wrong with it, but I'll get it checked out when I get back home (I'm coaching in Toronto at the moment). However, the treatment was limited to icing the area and putting some cream on it (smells like menthol), and then hoping it gets better. I would have probably had an easier time searching it on Google, if only internet access was better in Cuba. For those who didn't know, there very little internet in Cuba. We had to buy 1 hour internet cards which only worked in the hotel lobby. Connections were very slow, and internet was down a lot of the time. It makes you appreciate how much things have evolved with the internet, and some of the habits you develop without evening knowing sometimes! 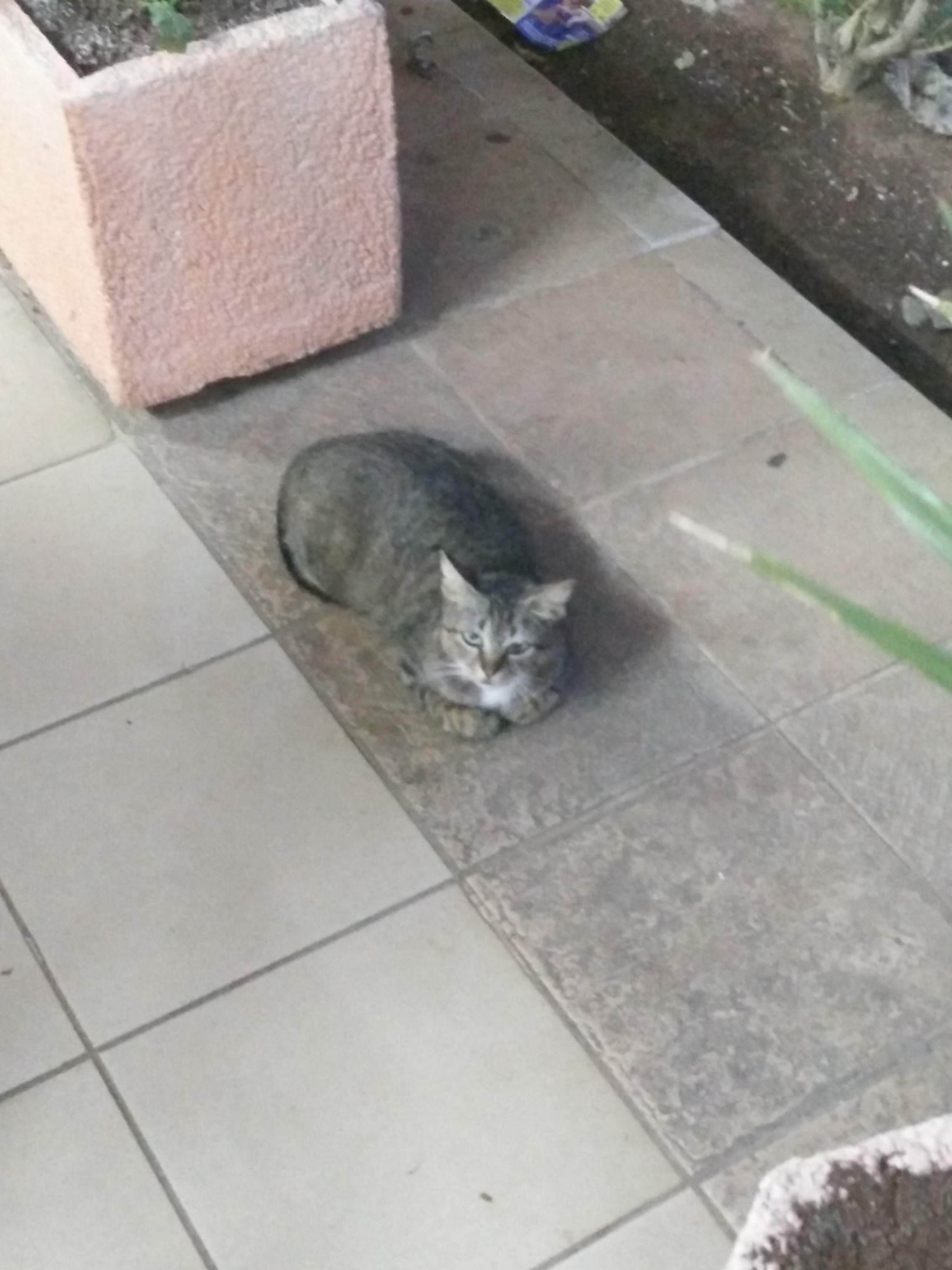 1) The match umpire did not ask me to leave. There was no issue during the match. If this regulation was clear, then how come the umpire was not aware of this "rule".
2) After I was removed from coaching, I asked to see the regulation in which Badminton Pan Am can restrict coaching to registered coaches. Additionally, I'm now curious if Team Managers can sit on court, because they may not be registered as "Coaches" either. They said that I needed to be put on the "Coaching List" by the member association (i.e. Badminton Canada), and with internet in Cuba, and on a Sunday, there was no way that would happen. Regardless, they failed to show me proper documentation of their policy, as they only showed me the regulation which detailed what the Team Manager does. This is an odd situation for most people because as a "player", there is access to field of play, and it would seem redundant to register for the tournament "twice". Would I now be required to have 2 accreditations? Additionally, consider this example from the recent 2017 Malaysia Super Series Premier, held earlier in the month. Or are Olympic Gold Medalists exempt from this situation?
3) One of the people told me that this regulation will be discussed further and possibly implemented in July. It's still the month of May today, and the tournament was in April. I reminded him that April came before July and that policies should not be implemented early.
4) I ONLY agreed to accept the "ruling" as other people were turned down in a similar way during the tournament. As I did not want to cause the tournament organizers more trouble, I accepted the "ruling" for the tournament and I am currently pursuing more information on the matter with the BWF Athletes Commission.
Despite all this... stuff... things went well. I talked to Rachel earlier before the match to remind her some key things, and to expect that something might happen during the match. I told her that I will help where I can and that I had full confidence that she could win without me. In the end, she played well and won her match, and we were able to regroup and win the XD as well. I also further discussed the situation with the coaches, and ultimately I still stand by this fact:
"You did your job to get Canada #1 and #2. To you, it doesn't matter who is #1 or #2. But to US, it does."
And if you take this concept and apply it back to the coaches who were applying for the recent National Team Head Coach position:
"Badminton Canada is hiring National Team coaches. To them, it doesn't matter who is head or assistant. But to YOU, it probably does." 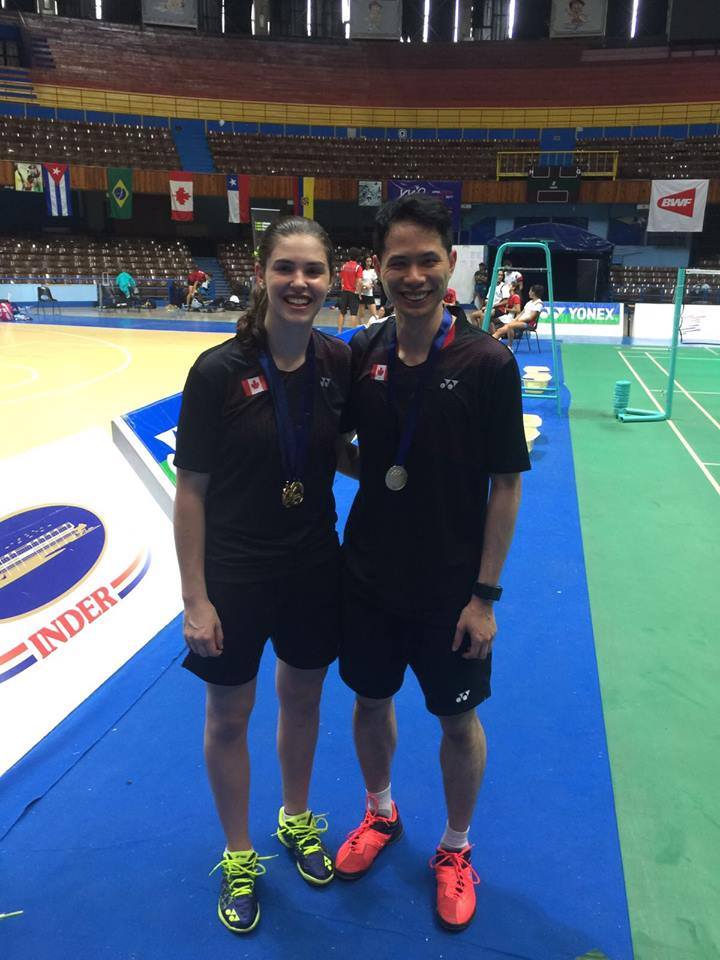 So you might be wondering why I wrote all of this out? Well, apparently Badminton Canada is requesting information about the matter from all parties that were part of the incident. They wanted to gather information to compile "a fact-finding mission at this point in time to establish the exact series of actions, timeline and impact that decisions had on all Team Canada athletes, coaches and Badminton Canada in general."
That doesn't sound very good to me, because when you ask, "Why?" I can only come up with a few reasons, none of them very positive. So I figure I would share my situation with the public, which includes Badminton Canada, so there is nothing to hide. If I was in the same situation, I would do it again. I don't believe I did anything wrong by supporting my partner. I did not break any rules. I just did the unpopular thing: I challenged the process.
Feel free to leave feedback on my Facebook Page! Anything would be greatly appreciated!
You may also like It's Lonely At The Top
Share this article
Back to Home